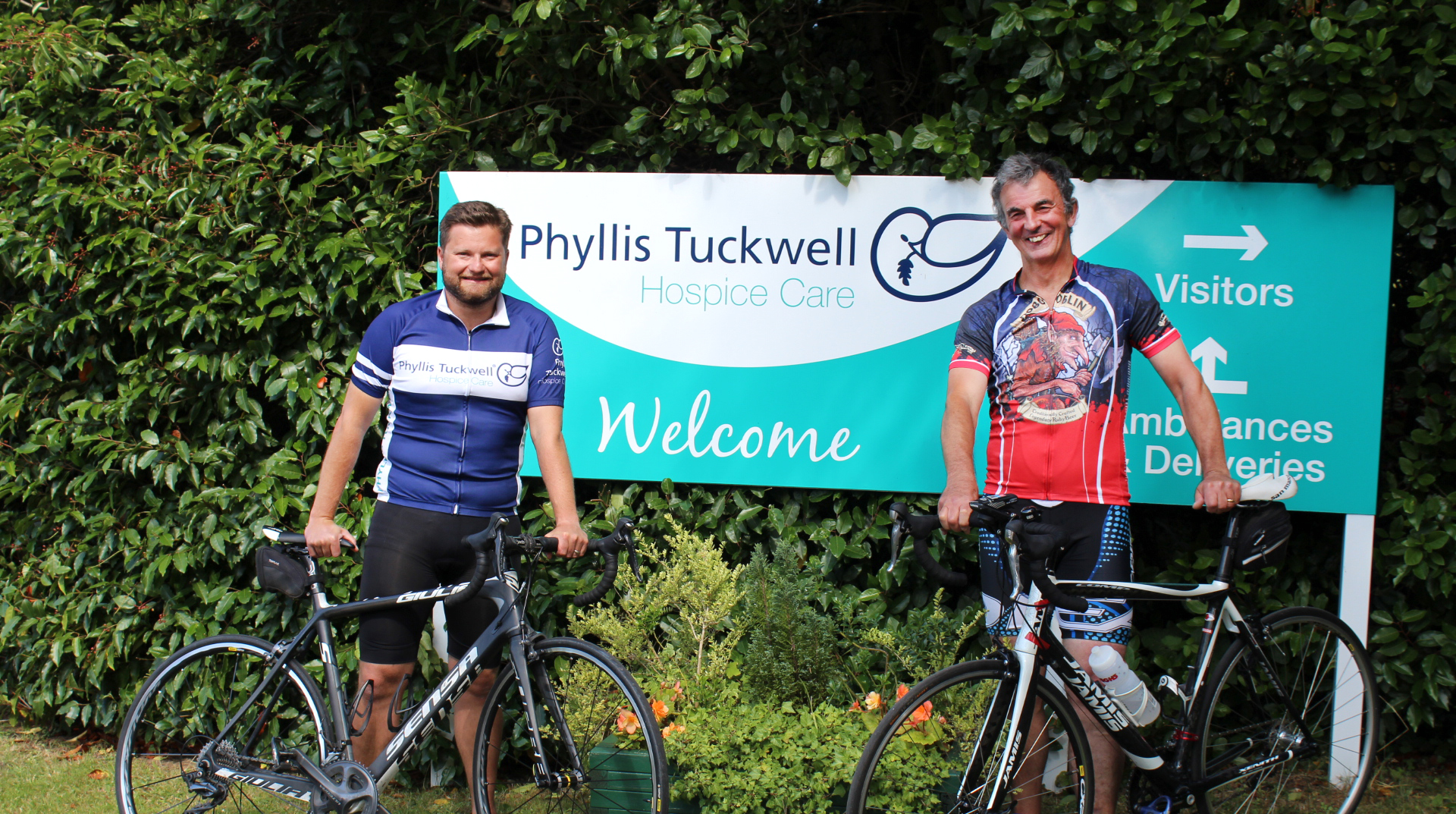 Two keen cyclists will be hitting the road in September, as they cycle from London to Paris to raise money for local charity Phyllis Tuckwell Hospice Care.

Phyllis Tuckwell’s Dr Nick Dando is taking on the challenge to mark both the charity’s 40th anniversary and his own 40th birthday, and has been out and about on the roads of Surrey and Hampshire to train for the ride. He will be joined by Alyn Lamb of Fluor, as they both take on this epic 300 mile challenge. Fluor is one of the world’s largest engineering and construction companies. Their main UK office is located in Farnborough and this year they have chosen Phyllis Tuckwell as their Charity of the Year.

The ride is split across four days and starts from Crystal Palace on 18th September. Nick and Alyn will follow the North Downs Way to the white cliffs of Dover and the ferry which will take them across to France. From there they will ride south from Calais to Desvre, a small market town known for its ceramics, cycle through river valleys to Abbeville, follow the Somme to Beauvais, and then complete the last leg to Paris, finishing at the Eiffel Tower on 22nd September.

“I’m really looking forward to this challenge, although I am starting to get a bit nervous too now,” says Nick, a Consultant in Palliative Medicine at Phyllis Tuckwell. “Every pedal stroke I take will help raise money to support the vital care which Phyllis Tuckwell provides for local people when they need it most, and remembering that is what will keep me going all the way to Paris.”

“I have chosen to raise money for Phyllis Tuckwell not just because it is the charity Fluor are supporting this year, but also because it has a large presence in my village, and through its work provides invaluable support to many local families,” says Alyn.

All of the money that Nick and Alyn raise will go towards helping fund the supportive and end of life care which Phyllis Tuckwell offers local patients and families who are living with an advanced or terminal illness, such as cancer. It’s not too late to sponsor them, just visit https://www.justgiving.com/fundraising/nicholas-dando1 or https://justgiving.com/fundraising/alyn-lamb

You can also keep up with Nick’s progress on Phyllis Tuckwell’s Facebook page, where you will be able to read posts and see photos of him throughout the challenge.